Our customers go out of their way to use products that mirror their own work ethic and aesthetic. STEELPORT is for people who want the best – because they use it to share themselves with the world.

STEELPORT was founded in the midst of the economic and social uncertainties of 2020 by Bladesmith Eytan Zias and a highly specialized group of individuals passionate about bringing modern American innovation to traditional forging methods and materials.

Eytan Zias’ career began as a busboy in an Italian restaurant. After rising through the kitchen ranks and falling in love with the craft of cooking, he attended culinary school at SCI in Scottsdale, Arizona. Upon graduation he moved to New York City securing an externship at Aureole under chef Charlie Palmer, followed by positions at Craft Bar, Le Cote Basque and Fiamma Osteria. He moved to Phoenix in 2005 to help open Fiamma Trattoria at the James Hotel, and stayed to work at Kai, the only 5 Star/5 Diamond property in Arizona.

Eytan initially developed an interest in cutlery out of necessity in the kitchen, but quickly found knife-work to be his favorite part of the day, and sharpening to be his way to relax and compose his thoughts. After a ten year cooking career, he opened the Phoenix Knife House in 2007, creating the go-to place for the culinary community and home cooks alike to purchase and learn about knives. In 2014, he relocated to Portland, Oregon with his family and opened a second outpost of Knife House. His two shops contain one of the largest collections of kitchen knives of any independently owned store in the country. Eytan simultaneously pursued a passion for knife making, studying and experimenting with steel properties, blade geometry and traditional forging techniques since 2013.

“I’ve created the knife that I would want for myself. The past 25 years of professionally using, sharpening, and selling knives – including speaking with thousands of customers to understand their likes and dislikes – combined with the invaluable knowledge gained from hand forging my own knives, has led me down a path to now confidently contribute something both truly original and sought-after in the kitchen knife market.”

We hold every product we make to unwavering extremely high quality standards, so STEELPORT Knife Co. offers a Lifetime Warranty for all products through proper use.

STEELPORT Knife Co. believes in craftsmanship without compromise. Each knife we produce has a beautiful individuality only found in handcrafted products that use natural materials. No two wooden handles or blades can have identical grain patterns, and each knife will patina a little differently over time, telling a story of all the meals it has helped prepare. 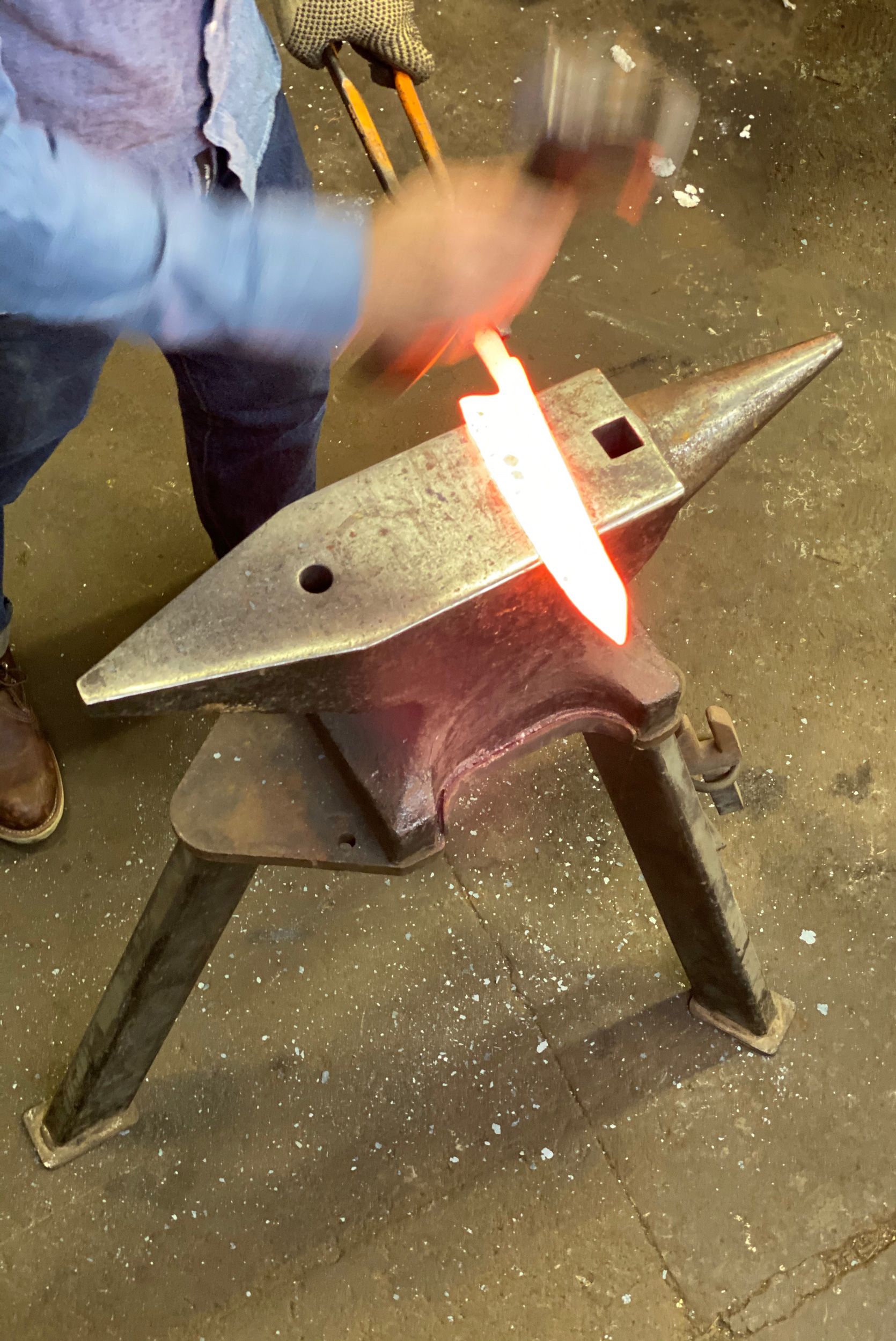